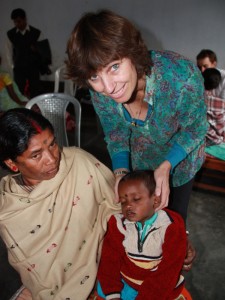 In December 2009 I was privileged to be selected to be part of the Hands on India team as a supervisor Chiropractor volunteering Chiropractic care and assisting in training of student Chiropractors.

The Hands on India team included 21 fourth year Chiropractic students from Murdoch University, Perth and nine Chiropractors as Supervisors. We were guests of a Catholic Mission in Siliguri which is in the top Eastern corner of India, less than a hundred kilometers from the borders of Bangladesh, Nepal, and Bhutan at the base of the Himalayas. It is an extremely poor area with many refugees from Bangladesh and hill tribes. Tea picking is the main employment as it is only 78 km (and 4 hours drive) from Darjeeling. Breaking rocks on the riverbed is also a major employer.

During our two weeks stay we set up four clinics in remote rural areas and spent long days seeing approximately six thousand patients. This was complicated by needing translators and seeing people who had the most complex and severe health problems I have seen in my 20 years in practice. They included many stroke victims, kids with cerebral palsy, cancers undiagnosed, fractures, wound dressing, ankylosing spondylitis, scabies, TB, AIDS not to mention back and neck pain from a lifetime bending over picking tea and carrying it in sacks on their head, or crouching breaking rocks with a hammer and carrying them to sell.

These people were largely so poor they may never have seen a doctor and believe they are cursed so pain is something they have to live with. For the Bangladeshi refugees there is no free medical care and many of the children have not been to school. They discard their old tea picking ladies when they can no longer work so they continue to work until they drop. 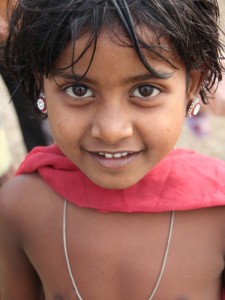 The money donated went so far. So little bought so much. To give you an idea:

This may sound depressing but it was truly amazing and each day was uplifting to work with these dignified, beautiful people who waited so patiently. The results amazed us as we saw people with such long term disabling conditions improve and return for more treatment, bringing with them family and friends also wanting to find out what chiropractic care could offer them.

Thank you for your donations and support; we never know how much it can change one person in the world’s life.

I look forward to future involvement in this exciting project.

Further details and on the Hands on India program and ways to donate can be found on the website handsonindia09.wordpress.com.